Posted by Amanda Clowe on February 10, 2016 in Pet Photography |No Comments

This is a copy of my second blog about Rusty the Dog, originally written on the 11th March 2014. It is really uplifting to re-read this entry and to remind myself just how much the two of us achieved in such a short space of time – and how close we had grown. The way Rusty coped so gallantly with all the baths, the tablets, the having to be kept away from other dogs whilst he was ill -was truly amazing and a testament to his accepting nature and courageous spirit …

Rusty after his medicated bath.

I have been the proud owner of ‘Rusty Dog’ for 2 weeks now, so I thought it was time to report on his progress so far…. and to post a few photos of him looking much healthier than before.

He really has undergone a dramatic transformation since my first post. He has had 2 medicated baths now to kill the parasites, and his scratching is down to a minimum. His coat is thicker and has a more glossy appearance. The wounds have healed and the fur is starting to regrow on his legs. His nose is still rather bare – but his facial expressions are now inquisitive rather than tired and doleful.
The Vet, who has been excellent in treating Rusty’s illness, has explained that an older dog takes longer to learn than a puppy. As a first-time dog owner I have really appreciated her support – and I am viewing the challenge positively. Rusty and I are learning together ! This is what we have achieved so far…..

Rusty is now really enjoying his walks. He is more confident and happy to explore. He has overcome his distrust of puddles – although still prefers to take the drier route ! Fences and gates do not worry him now, and he has started to pick up sticks and have a chew…He will run like a playful puppy to fetch his tennis ball – and he seems to have taken a liking to chewing old socks ! He will stretch out on his back and let me tickle his tummy – he is much more relaxed and contented.

My greatest achievements have been to toilet-train him in super quick time and teach him how to sit.
He responded to my voice command alone for the first time last night – I was thrilled.

I know that there is much more work to do, but he is turning out to be a very quick and willing learner, and I am so happy that his life has taken a turn in my direction. I consider it to be fate that I was drawn 200 miles to choose him for my pet.
Rusty has given me so many rewarding moments so far. He makes me laugh, he stops me from feeling lonely, he has got me out walking, and I am so happy that I have been able to give him a loving home. By the licking I have just received I’m pretty sure Rusty feels the same way ! 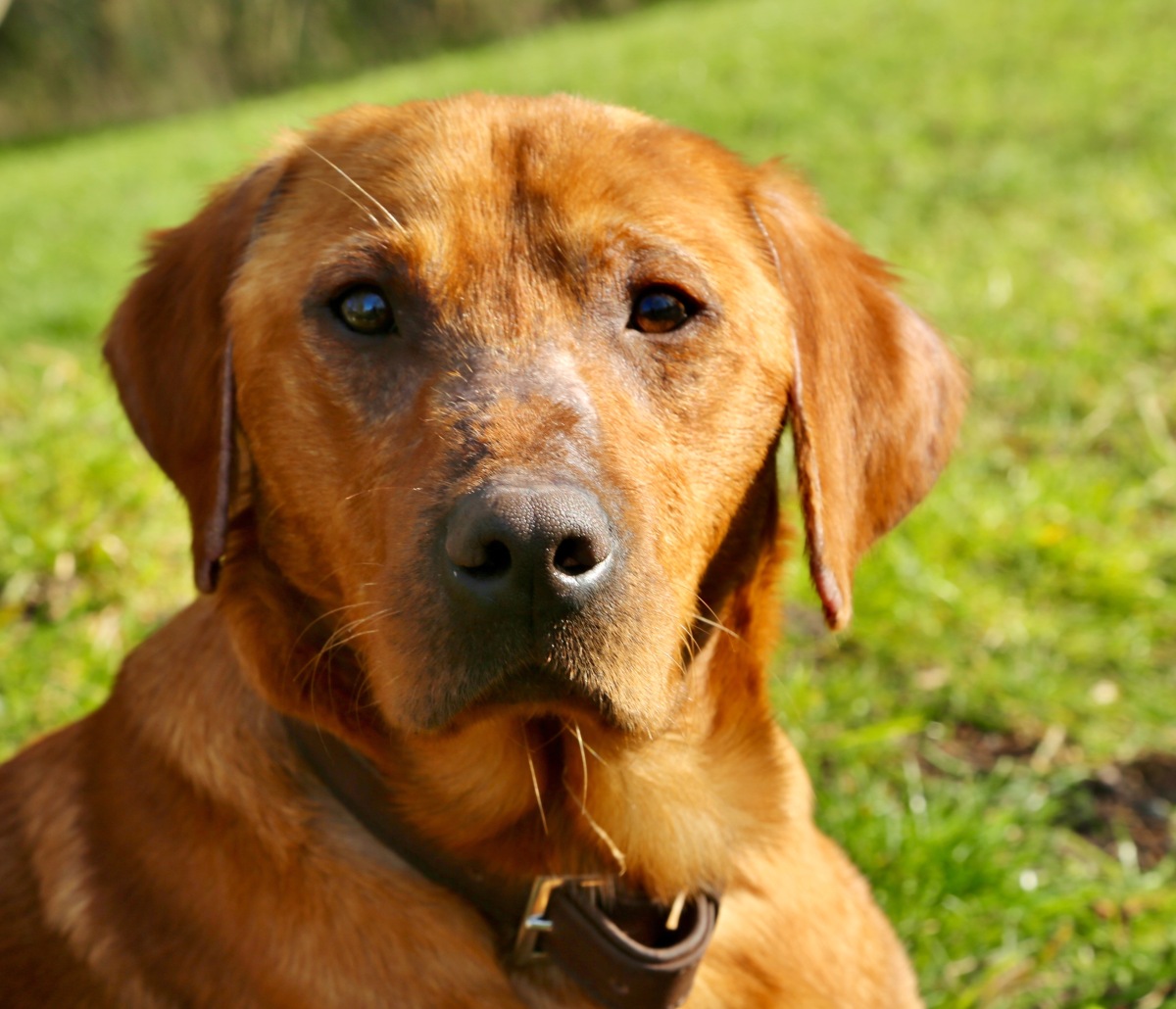